For Rare Disease Day 2015, we asked a simple question from our autoinflammatory community members. The responses were overwhelming, inspiring, and sometimes funny, but all truly show what it is like to live with a very rare disease.

How do you know you that have a rare one-in-a-million autoinflammatory disease?

Here are the top responses from patients themselves and parents of children with these diseases.

*Your ER doctor googles your condition, after first asking you how to spell it.

*The genetics report says, that the mutation you have has never been noted (de novo mutation)! You are 100% unique because no one else has your exact mutation.

*You bring your own thermometer from home to doctors’ offices and hospitals to compare. With frequent fevers above 104 being “normal” for many with these conditions, some doctors and ER staff do not believe your thermometer works properly. So patient’s often have to prove their thermometer is working just fine, that the fever really does get that high.

*When you use the word, “flare” more than a 1970s pants designer. In some conditions, such as HIDS, patients will have periods of improvement, seemingly perfect health for some, and then have flares of their illness that makes them extremely sick.

Some get cool exotic names for their disease like “Familial Mediterranean Fever.”

Some get to say: I have CAPS. I have TRAPS. I have APLAID. I have DADA2. At least the acronyms are easier to say than the true long name for their disease, such as cryopyrin-associated periodic syndrome (CAPS) or autoinflammation & PLCG2-associated antibody deficiency & immune dysregulation (PLAID).

*When you have to fight the insurance for almost every test and medication you need, because most are considered “experimental.” A number of patients have even been denied genetic testing for this reason, despite loads of medical research and indications for the test, and a high level of accuracy for the genetic analysis.

*Your biggest hope on the night before your wedding is that you don’t get a disease flare.

*The realization that you give true meaning to the “in sickness and in health” part of your vows with your spouse.

*Your 5-year-old child can tell you that it’s shot night, and he tells you to breathe as you give him his injection.

*You feel that the phrase, “There HAS to be SOMETHING they can do,” should be permanently banned. Patients, and parents of children with these diseases dedicate themselves to learning all they can, and traveling thousands of miles if necessary to see experts for their disease. To many, this comment makes them feel like they are being criticized for not doing enough. If there were a better treatment, or even a cure, these patients and parents would have learned of it by now. They may even be the first to find it.

*You have friends from all over the world, whom you have never met that are in an online patient community. But they understand what you are going through better than your closest relatives.

*When you look at old photos and your first thought is, “That was before.” Before we had a diagnosis, before the pain had started, before our world was turned upside down.

*When you really want to slap the next person that suggest oils to “fix” your child. For one, she isn’t broken and two, no amount of essential oils is going to change her genetic DNA.

*Winter is your kryptonite! In some periodic fever syndromes, such as CAPS, cold or cooling temperatures trigger flares that include fevers, rashes, and joint swelling.

*When your doctor, a professor at the medical college, asks you to do a presentation to his students about your disease.

*You carry several binders containing many years worth of medical notes to every appointment.

*When the school nurse calls in a panic because your child is running a 103 to 104 temp and you have to reassure the nurse that for your child that is actually a low fever.

*You can’t commit to anything around a flare due date. And people think you’re just making excuses when you say, “Oh, the 20th is bad for us, John’s due for a fever on that day.” Some with fever syndromes have predictable flare-ups of symptoms. In particular, many with PFAPA will flare on the same day every month.

*It’s a household celebration when, “it’s probably just a virus” turns out to be a virus, and not a metaphor for, “I have no clue.” Because symptoms, such as fevers, swollen tonsils and lymph nodes, and rashes are the same as common childhood illnesses, parents are often told with every flare, sometimes for years before they get a correct diagnosis, that, “It’s just a virus.”

*When people look at you, and think that you just made that disease name up to get attention.

*When you have to suggest what labs for the doctors to order… then you have to explain why they need to do those labs after they ask. With most rare diseases, if you are lucky, there may only be a few experts in the world knowledgeable on that particular disease. Very often with rare diseases, patients know much more about their condition, including how to test for it and what tests are needed to monitor their condition, than most doctors as is revealed in this article.

*You have a Pinterest board for your kid’s rare disease, since it is sometimes easier to just pin articles to look at later. And no time to use Pinterest for the fun project ideas everyone else is doing in your Pinterest friend circle.

*When the specialists at your local children’s hospital shrug their shoulders after 2 years of testing, and then refer you to the National Institutes of Health (NIH) research hospital across the country.

*When you have to accept that you may never have answers. But that doesn’t mean you stop seeking them.

*When you have to stop yourself from laughing hysterically when the young, new ER nurse hands you print-outs on fevers. The usual fever information does not apply to periodic fever syndromes. Autoinflammatory families could rewrite the books on fevers.

*When you spend more time with your online patient support group friends than with your real-life friends.

*When you go to an appointment at a teaching hospital, and every single medical student doing a rotation in that particular clinic also attends the appointment, because it may be the only time they ever see that disease in their career.

*How excited you get when you find a new medical article was just published about your rare disease!

*When the doctor has standing orders for your kid’s labs that are done often, and has told the staff to just ask the mom what needs to be done that day.

*When people say, “You are strong,” and you think to yourself, “Was there a choice?”

*When small milestones become huge ones because of the struggle to get there.

Click here to learn What is a Periodic Fever Syndrome? 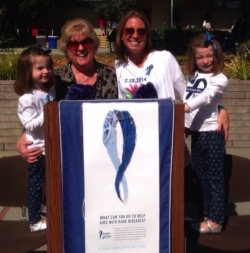 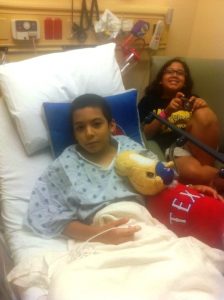 Reflections of a Mama Bear 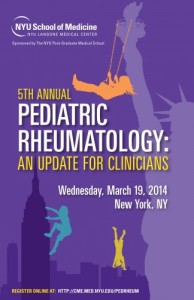 Awareness and Advocacy Update–NYU Pediatric Rheumatology: An Update for Clinicians 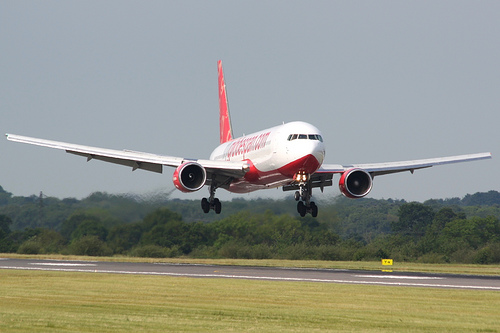 Flying in the U.S. with Medication