IL-1-blockade with Anakinra during pregnancy : Retrospective analysis of efficacy and safety in female patients with familial Mediterranean fever – “In three pregnancies anakinra treatment was continued during the whole pregnancy, while in one pregnancy anakinra was started in the second trimester because of uncontrolled FMF activity. Fetal development was normal in all pregnancies. In two patients the fetuses were carried to term, while in one patient a primary cesarean section was carried out in week 33 because of an increased risk for complications. All children showed an unremarkable early childhood development without any signs of an existing disease.”

International multi-centre study of pregnancy outcomes with interleukin-1 inhibitors – “There were 31 maternal-exposed pregnancies from seven countries and we report the first data on paternal exposure: six to anakinra and five to canakinumab, with no negative outcomes. We also report the first data on canakinumab-exposed pregnancies: eight pregnancies that resulted in the delivery of seven healthy infants of normal gestational age and birthweight. There were 23 anakinra-exposed pregnancies resulting in the birth of 21 healthy infants, and one baby with unilateral renal agenesis and ectopic neurohypophysis. There were two first trimester miscarriages affecting a mother with active disease. There were no serious neonatal infections. Fourteen infants were breast fed with no complications. There were no reports of developmental delay, with follow-up of up to 10 years (median 18 months)….This series substantially increases the published experience of IL-1 blockade and reproduction including the first data on canakinumab and on paternal exposure to these agents. Data are generally reassuring, although the case of renal agenesis is the second reported in an anakinra-exposed pregnancy.”

Anakinra use during pregnancy: Report of a case with Familial Mediterranean Fever and infertility – Case report of a woman who used Kineret before and during pregnancy. The authors note risk concerns, previous studies, and concluded that, “Anakinra seems to be safe in pregnancy, but there are very few data for conclusive interpretation, particularly in the first trimester. Subfertility in women with FMF is mostly the result of disease-related factors. Appropriate treatment and prevention of attacks are the key steps for fertility.”

Successful outcome of two pregnancies in patients with adult-onset Still’s disease treated with IL-1 receptor antagonist (anakinra) – “So far, there are scant data available on the effects of anakinra in pregnancy. We report two patients with AOSD who successfully gave birth while treated with anakinra during pregnancy.”

Brief Report: Anakinra Use During Pregnancy in Patients With Cryopyrin-Associated Periodic Syndromes – “Anakinra was continued during pregnancy in women with CAPS and provided significant, persistent symptom relief while continuing to prevent the long-term sequelae of CAPS. Anakinra was well tolerated. Although a causal relationship between anakinra and renal agenesis seems unlikely, further safety data are needed.”

ANTI IL-1 therapies and pregnancy outcome – This studied followed 7 pregnant women with various autoinflammatory diseases such as CAPS, TRAPS, FMF, and Still’s disease. Four were on anakinra for either all or some of their pregnancy.

A patient’s wish: anakinra in pregnancy – This reports on a Still’s patient who used anakinra throughout pregnancy and while breastfeeding without any apparent problems.

Drugs in Pregnancy and Lactation: A Reference Guide to Fetal and Neonatal Risk – This physician’s reference book includes a chapter on anakinra in regards to fetal risk and breastfeeding. Studies regarding anakinra and pregnancy are referenced above. The breastfeeding summary states that Il-1ra (anakinra is an Il-1ra), is naturally secreted into breastmilk in healthy individuals who are not on anakinra. It states, “Because of the presence of native Il-1ra in milk, there appears to be no risk to a nursing infant from maternal administration of anakinra.”

The National Institutes of Health: Helping Patients with Recurrent Fever Syndromes for over 20 Years 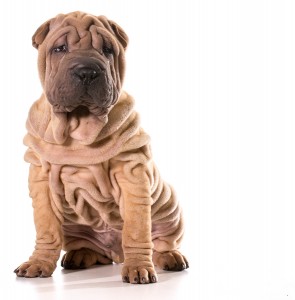