A few teachers decided the highest I could earn would be a “C,” which now stands out on my otherwise good transcript like the fiendish glare of a wicked lighthouse.

The calm in our minds may just be the eye of a storm, but for me, I am not sure where that docile sanctuary lies. From the womb, my genetic code has lead an anarchist movement, using my own immune system against myself, and leaving pain in it’s wake as it plowed through every part of my body. In the first few years of my life, the cause of the inflammation could not be named. Doctors had no idea what to do to stop the pain. But, when a new medicine was discovered, for the first time, I had found calm. But even as the disease appeared to be dormant, we later discovered it was still a threat to my daily life.

Eighth grade marked the return of a long tirade of terror as my body rejected the medicine, for it was not enough to halt its schemes. School, and many other things I enjoyed, even singing in a chorus, or spending time with friends were swept away from the existence that I greatly adored into an ever-changing torture room prepared just for me, by none other than my own cells in my body. 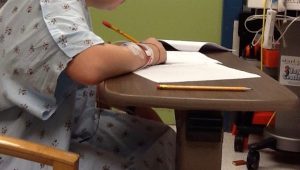 Taking final exams in the hospital playroom, 2 days after a full cardiac arrest.

A hospital bed often replaced my desk, as the pain became so strong that sitting through lessons was impossible. Without any effective treatment, my desperate attempts to hold myself strong were in vain. I was the empty chair in classrooms, only filled on rare occasions. I was a spectre, and my teachers and school could do little to manage my ethereal existence. They had never dealt with anyone with such an uncontrollable rare disease. Despite my dedication and attempts to do all my school assignments, some teachers refused to work with my situation even though I had a 504 plan that was supposed to help direct my education around my disease. I was being punished in many ways for my illness, and some teachers would withhold giving me class work and notes because they questioned my condition and abilities. Eventually, they would be forced by the school, often late into the term, to comply with the 504 plan. But those teachers could still impose a set limit on what my maximum possible grade for the class could be. A few teachers decided the highest I could earn would be a “C,” which now stands out on my otherwise good transcript like the fiendish glare of a wicked lighthouse. 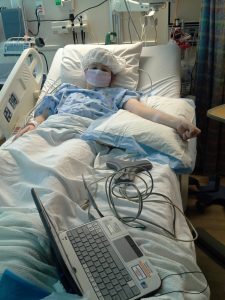 Another day, another procedure during finals week.

Even though the storm seemed unstoppable, I was unrelenting. I fought this internal attack of inflammation and pain that was especially fierce upon my brain. Nothing, not even pain, could wrench me away from what I have held onto for years: My imagination, and the desire to express it. Although my speech and singing made the physical pain and headache worse, my inner voice became stronger through this battle. Soon it became a glowing screen full of words. Every word glowing at me was a note in a tune that played in my head, a flowing melody that I would pull the chords of, a melody that covered up the static of pain that endlessly remained.

Those words formed a world, built from a small seed of an idea. Never before had such a thought grown so big. In almost every year of that life when the medication allowed some calm, I would make a seed, a story, or an idea, and try to accomplish it. I wrote short comics with my friends in fifth grade, following the adventures of kitchen appliances and food, all in a battle only children could dream up. Adventures in space, or in any world that I created attempted to scratch themselves into my notebooks, and doodles of my new ideas forever forming on any scrap of paper around me. None of those other seeds ever reached full bloom like this new one. Maybe I neglected them too long, or perhaps the storm blew away their leaves and left it dead. But the one story–no, a world, that sat before me on that screen, was one so enormous that even a raging wind could not tear it down.

I keep writing that story again and again, with a vigor that few teachers could see. Pulling thoughts from a mind in painful anarchy, I, find peace. Excitement abounds as words are pulled together, weaving a changing melody that blankets the craziness of my life.

I want to let these melodies plow through any storm, forming a path to somewhere where rest is found.

I want to finally stop rewriting, finish correcting, and have something that will forever imprint itself in the lore of life.

I want to be an author, a crafter of strings that weave together and create a fantastic tapestry that blasts its way to the heart.

I desire my own place of peace, and I want to grow my talents to make that place stronger, strong enough to face the storms of pain that will, inevitably, come. 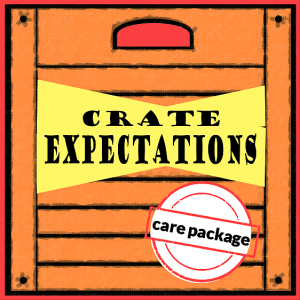 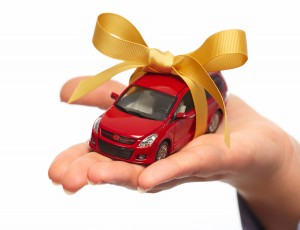 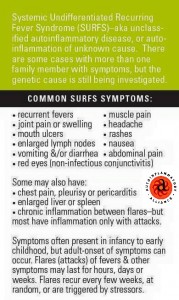 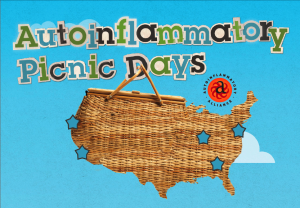 Autoinflammatory Picnic Days! Here's a Sneak Peek at What is Planned 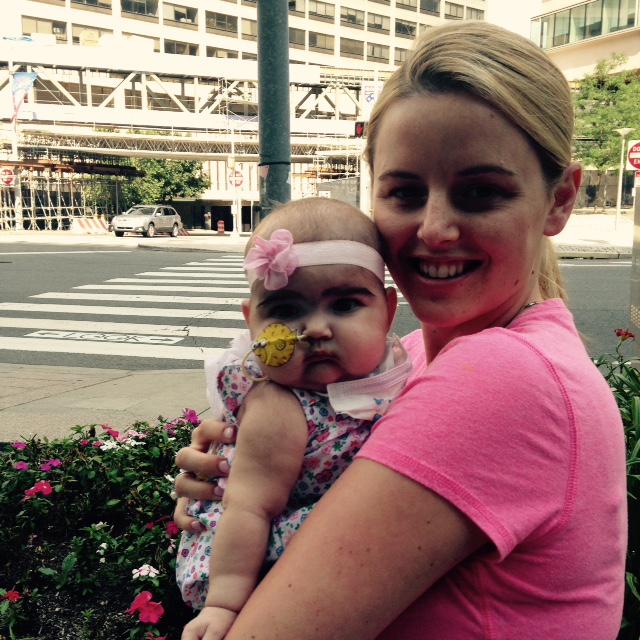