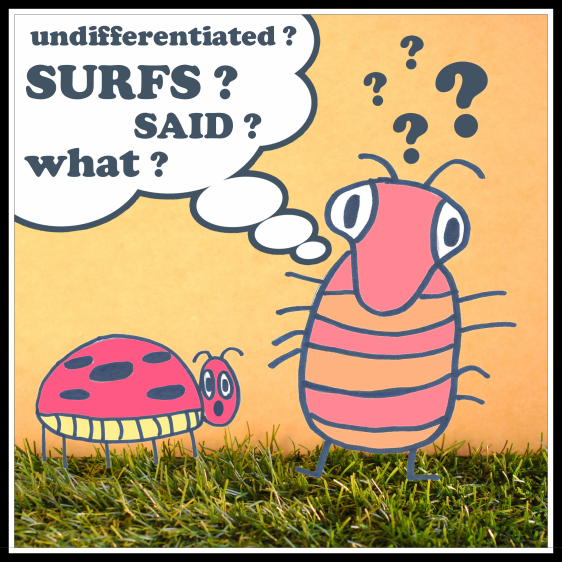 Graphic by The Flying Lifeguards

In the last 30 years, great advancements have been made in understanding how the innate immune system works and in identifying diseases that occur when there’s a malfunction in the innate immune system. In this time, the genes involved in FMF, HIDS, CAPS, TRAPS, Majeed, and many others have been found and treatments have been identified (aka differentiated) for some of these syndromes. Studies continue to look for the cause of other similar conditions, including PFAPA and undifferentiated autoinflammatory diseases.

But What is Undifferentiated Autoinflammatory Disease?

In a 2016 study published in JCI Insight, Dr. Stephanie Harrison et al. define their use of uSAID as a diagnosis,

Some adult patients presenting with unexplained pyrexia, serositis, skin rashes, arthralgia, myalgia, and other symptoms commonly found in autoinflammatory disorders may not fit a specific diagnosis, either because their clinical phenotype is nondiagnostic or genetic tests are negative. We used the term undifferentiated systemic autoinflammatory disorder (uSAID) to describe such cases.

When a patient has negative genetics for known mutations involved in classified periodic fever syndromes/autoinflammatory diseases, and the clinical symptoms and other test results also do not fit a known condition, researchers will often give a diagnosis of “undifferentiated autoinflammatory disease” or similar term. With ongoing research around the world, it’s likely that many of these patients will be given a more definitive diagnosis in the future, which may be ultimately become a newly classified disease. The number of classified autoinflammatory diseases has grown rapidly in the past 10 years. So, a number of patients who may not have had a name for their symptoms a few years ago, have now been diagnosed under newly classified disease names–often after the genetic cause for the disease has been found. 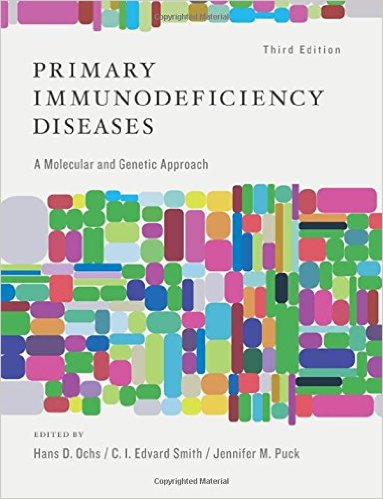 There are some other terms that researchers may use for unclassified patients. These are:

All of these terms are used to help to identify unclassified periodic fever/autoinflammatory diseases and are the most commonly used terms to describe these patients by researchers. These terms are to help define that the patient has a suspected autoinflammatory disease, and most patients in this grouping have periodic fevers, accompanied by other symptoms during recurring flares.

Historically some doctors used SURFS and USAID interchangeably as a diagnosis to for any patient who had a unclassified autoinflammatory disease. In 2021, Dr. Broderick et al of Rady Children’s Hospital in San Diego published a study in Clinical Immunology that defines SURFS as a subset of patients with a specific set of symptoms and treatment responses that can be similar to PFAPA, but these patients do not have PFAPA as they do not fit the PFAPA diagnostic criteria. According to the study,

“Many pediatric patients are often grouped with patients with periodic fever, aphthous stomatitis, pharyngitis, and adenitis (PFAPA) syndrome despite failing to meet diagnostic criteria. Here, we categorize these patients as syndrome of undifferentiated recurrent fever (SURF), and identify the unique features which distinguish them from the PFAPA syndrome. SURF patients were more likely to report gastrointestinal symptoms of nausea, vomiting and abdominal pain, and experienced inconsistent responses to on-demand steroid therapy compared to PFAPA patients.”

SURFS research is ongoing to further define this condition. USAID and other unclassified terms refer to all other patients who do have an autoinflammatory disease but do not yet have a defined classification.

Although PFAPA does not have a genetic test available at this time, it is a periodic fever syndrome with a defined and very specific diagnostic criteria. (Click here for PFAPA diagnostic criteria.) PFAPA used to be known as Marshall’s Syndrome, and was first classified in 1987. PFAPA is not an umbrella term for patients whose symptoms do not fit a known autoinflammatory disease.

According to studies, patients with PFAPA have an average age of onset of 2 to 5 years old, very predicable, recurring (often monthly) unexplained fevers lasting on average 3 to 5 days that include at least one of the symptoms that gave PFAPA its name. These symptoms are: pharyngitis (most common), mouth ulcers, and swelling of the cervical lymph nodes. Patients with PFAPA are asymptomatic between flares of symptoms, and have normal inflammatory markers (CRP and ESR) in between attacks of symptoms. Most kids outgrow PFAPA on average by age 9 or 10 or about 6 to 7 years after symptoms first started.

Since all of the PFAPA symptoms overlap with hereditary periodic fever syndromes (autoinflammatory diseases), such as FMF, CAPS, and HIDS, diagnosing PFAPA should also include genetic testing to help rule out those other conditions. However if genetics are negative, it does not automatically mean that the patient has PFAPA. If the clinical symptoms do NOT match the specific PFAPA diagnostic criteria, there are other autoinflammatory diseases to consider, or a diagnosis of SURFS or undifferentiated autoinflammatory disease may be the most appropriate.

Of note, if a patient has symptoms that are present between flares, signs of chronic inflammation, persistent rashes, or changes to organs or body functions (such as inflammation in the eye, hearing loss, chronically enlarged lymph nodes) then they do not fit the criteria for PFAPA. It is not appropriate to identify these patients as having PFAPA, and such practice could hinder a patient from getting a more correct diagnosis and beneficial treatment that could prevent complications from their disease.

Unfortunately, some medical professionals may be driven to call anyone who does not have a clearly defined autoinflammatory disease as having PFAPA. Since PFAPA is not associated with long-term complications and often patients stop having symptoms and flares by their early teens, PFAPA is a more hopeful diagnosis to give, versus being told that they are unclassified and that future is unknown for the patient and the condition at this time.

Is USAID, SURFS, or Unclassified Autoinflammatory Disease a “Real” Diagnosis?

Yes! These are real diagnoses. If a patient has one of these diagnoses then it has been determine that they have an autoinflammatory disease – they are not undiagnosed. The specific autoinflammatory disease may not yet be known, but this diagnosis does not mean it’s completely unknown what a patient has and there are researched treatments for USAID patients. These include colchicine which  rheumatologist Dr. Hausmann reports in one study,

“was effective treatment for most patients with uAIDs, with 48% and 44% of patients having a good or partial response, respectively.”

In this study anakinra was used both as a diagnostic challenge and treatment for USAID patients. The authors concluded.

“This retrospective case series demonstrates that the spectrum of poorly defined autoinflammatory disorders that show responsiveness to anakinra is considerable. Anakinra seems a viable treatment option for these patients, who are unresponsive to standard steroid/DMARD treatments. Moreover, given the mechanisms of action, response to anakinra implicates underlying IL-1 dysregulation in the disease pathogenesis of responding uSAIDs patients.” 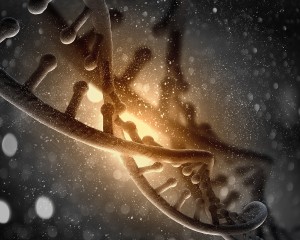 Research continues around the world giving hope to those who are undiagnosed that a diagnosis and treatment will be found.

Hope for the Undifferentiated, or Unclassified Patients

More autoinflammatory diseases are now being classified thanks to more research and collaboration between doctors worldwide.

Almost all patients with autoinflammatory diseases have lived for some period of time as undiagnosed, unless they have related family members with the same disease symptoms who already have a known diagnosis.  The undiagnosed, or unclassified/undifferentiated diagnosis can be a confusing, and lonely for patients and their families. It is unsettling, as it is human nature to want to have a name for what one is suffering from, and it is also very difficult to have to explain their diagnosis isn’t clear to friends and family. Unfortunately, some people consider unclassified as meaning that the disease may not be as valid, or a “real disease” in comparison to other known diseases, especially ones with clear diagnostic criteria, and in many cases, genetic findings. This is not the case. Undifferentiated, or uSAID, SURFS etc. are real diseases and a real diagnosis: current science has just not caught up to finding the cause(s) for these conditions!

There are several reasons why uSAID might be a useful term to employ in everyday clinical practice. It allows clinicians to start to define some of the cases, which may present with vague and overlapping clinical features but which might have an autoinflammatory etiology. This term implies that the diagnosis needs to be frequently revisited, as some cases will inevitably progress and evolve into a more defined clinical entity. Therefore, clinicians might be inclined to review such patients on a more regular basis and look for changes in signs and symptoms that might suggest the presence of a different disease etiology. Furthermore, a label of uSAID can be easily revised if additional information should become available. For example, wider application of massive parallel sequencing has led to the ongoing discovery of germline mutations, which will be relevant in some of these cases. In addition, somatic NLRP3 mutations have recently been described in adult patients, resulting in CAPS phenotype (27). Such mutations would not be picked up using traditional sequencing methods such as Sanger sequencing of selected targeted genes, which were used for investigation of cases we presented here. However, a good therapeutic response to anakinra would be a clue to look further for such pathology, and therefore, using anakinra as a diagnostic test would still make sense.

No matter what the name, these patients are suffering from real, and significant symptoms on a regular basis, often with elevated inflammatory markers noted on lab tests during flares, or other chronic symptoms. Undifferentiated autoinflammatory diseases are real conditions, and advances in medical testing and genetics is helping to find the cause for many conditions. When experts  compare their complex unclassified cases, they can find common symptoms that lead to more refined genetic testing of these patients with similar symptoms, and then genetic mutations and disease classifications are determined.  Such is the case with a few autoinflammatory diseases that have been classified in the past few years, such as CANDLE syndrome and NLRC4-Associated Macrophage Activation Syndrome.

One example is CANDLE syndrome. In the past, CANDLE was referred to in literature as a number of diseases, that only recently were determined to be the same condition. Patients in various parts of the world were at one time classified by various researchers, and cases were published under various names, such as Japanese autoinflammatory syndrome with lipodystrophy; joint contractures, muscle atrophy, microcytic anemia, and panniculitis induced lipodystrophy (JMP); or Nakajo-Nishimura syndrome(NNS). But these were all the same disease, only different doctors were discovering cases in their area, and were not aware that all of these patients in other parts of the world had the same condition until researchers shared their findings, and decided to do specific genetic testing on all these patients.  Mutations were first found in the PSMB8 gene, but soon after they found similar cases of CANDLE with mutations in PSMB4 and other mutations that also fall under the CANDLE syndrome classification in the same genetic region.  These patients endured a number of years without a name for their condition, but their disease was significant and had certain characteristics that were unique. Once the disease was classified and the genetics were discovered, researchers started to work on finding medications that could help the disease.  More research is needed, but the genetic findings and classification of CANDLE was first published in 2010, then clinical trials with potential treatments started in late 2012 (Learn more about CANDLE on our website and our online database). 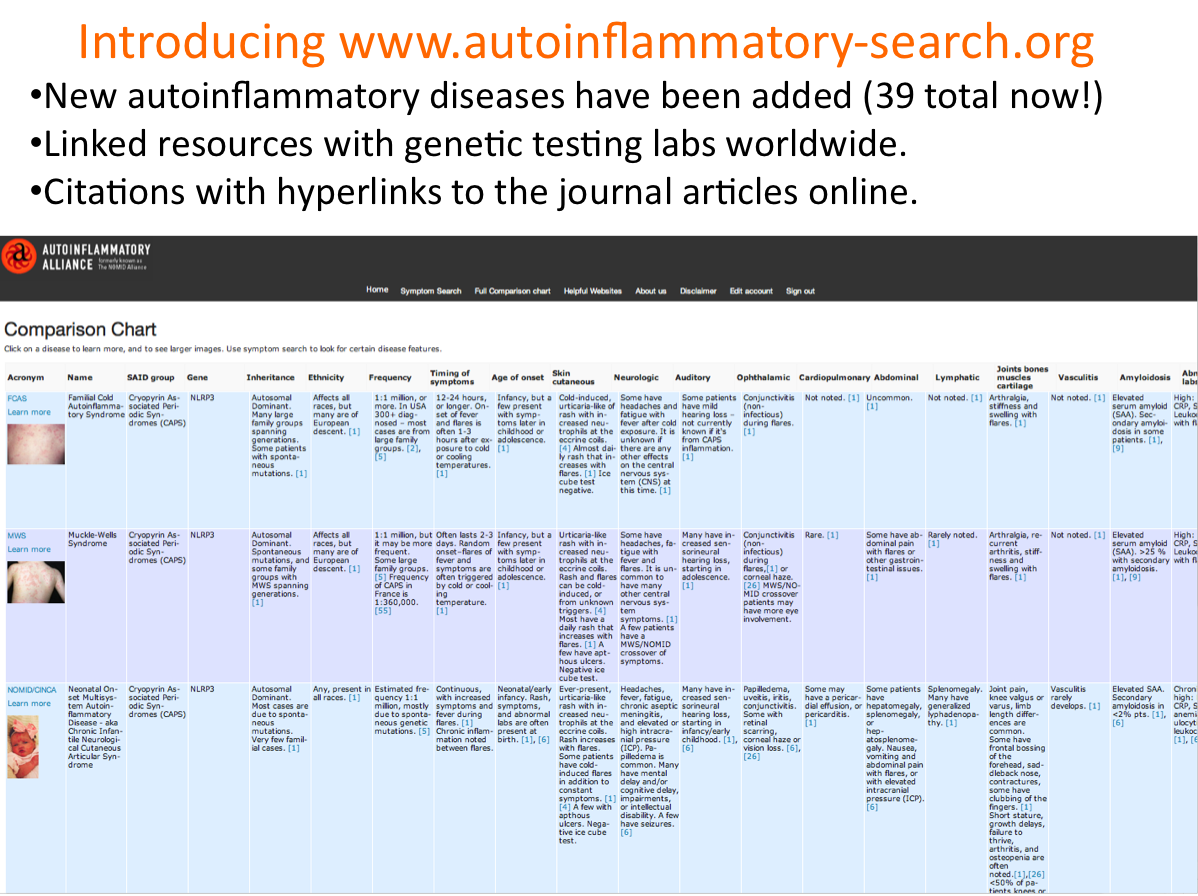 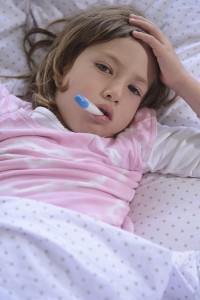 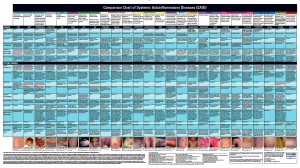 How to Use the Comparison Chart of Systemic Autoinflammatory Diseases 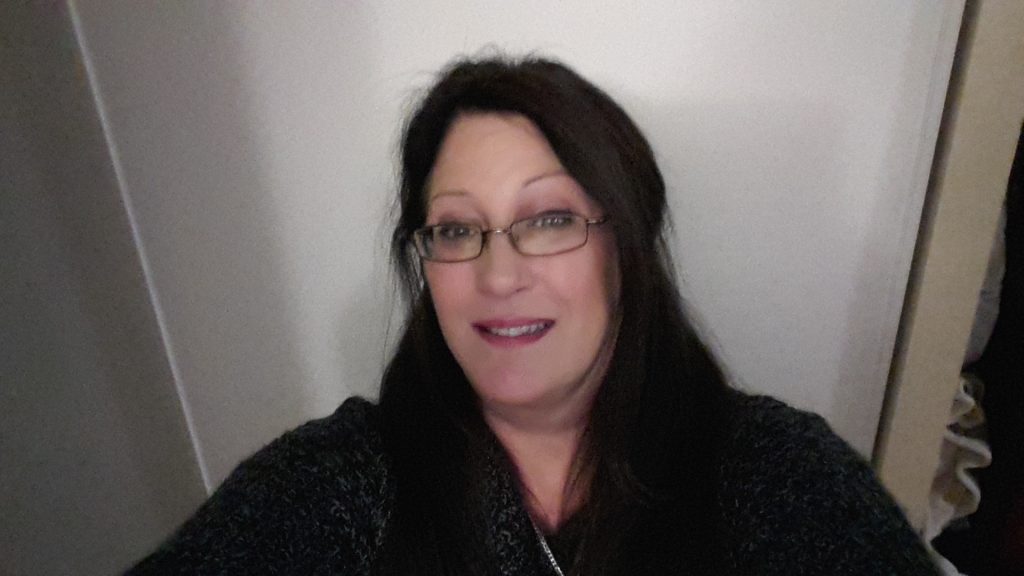 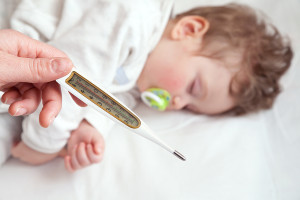 My Child, or I Keep Getting Fevers. What Do I Do?